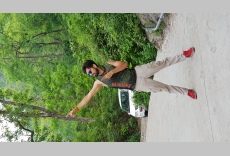 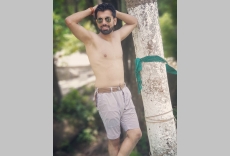 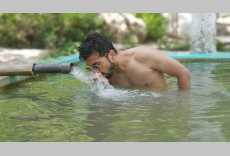 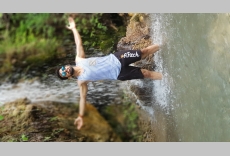 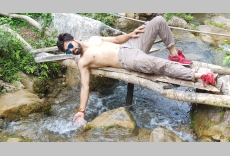 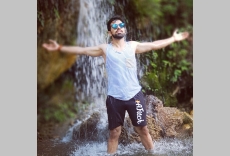 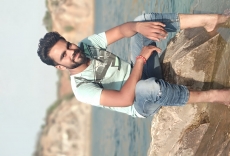 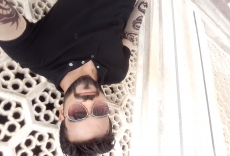 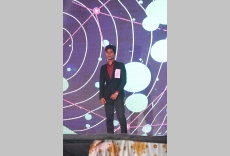 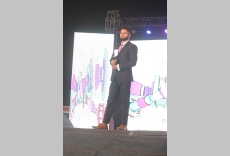 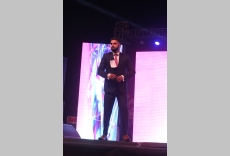 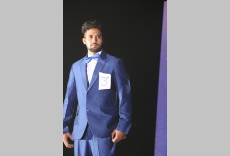 “Fashion is about something that comes from within you”
-Ralph Lauren

Fashion has changed a lot over the past few centuries. Throughout history, fashion has been a way of identifying an era and making a practical determination of individual personality and social status. Even though social pressures do influence style choices, personal fashion opinions are a matter of self-esteem and individual comfort.

Fashion is a form of art that is dedicated to the creation of clothing and other lifestyle accessories. Designers are to clothes what artists are to their canvases. What an artist expresses with colors, a fashion designer expresses with fabric.

Fashion does not hold meaning in any one way. It is simply how you carry yourself and express your identity and create your brand. Change is the only constant in the fashion world. We are continuously bombarded with new fashion ideas visible all around us.

Musicians and cultural icons have frequently influenced our trends. Back in the 1950s, teenagers everywhere dressed up like Elvis Presley. Buts so have the royalties. Even folks in the 1700s went through fashion magazines to stay updated about the latest styles. Women and dressmakers outside the French court depended on sketches to know what was going on in the fashion world. The famous French King Louis XIV said that fashion is a mirror. He himself was renowned for his style that tended towards extravagant laces and velvets.

During the Industrial Revolution era, a clothing and textile revolution started in Great Britain. Through a combination of intimately guarded industry secrets that were legally prohibited to be disclosed, and the spread of new and revolutionary machinery inventions like the power loom and the spinning frame, Great Britain ferociously dominated the textile industry.

Using cotton and wool as their major textiles, these innovations brought about an unprecedented industrialization of clothing manufacture, and soon it was estimated that over 25% of exports from the country were clothing and textiles. In 1738 Lewis Paul developed the Roller Spinning machine with John Wyatt, and then went on to invent the carding machine in 1748 and the Spinning Jenny in 1764. The inventions of Lewis Paul greatly helped the industry.

One of the most recognizable brands in fashion, Calvin Klein is well known by its clean lines and spare shapes. Since its advent in 1988, CK won a lot of awards for its product line that had initiated with a line of ‘youthful understated coats and dresses.

Louis Vuitton was founded in 1854. Its products range from leather goods and luxury trunks to shoes, jewelery, sunglasses and books. The brand started with the launch of flat bottomed trunks with trianon canvas and went on to explore a wide range of products.

Found in 1972 by Stephen Marks, French Connection offers a forward fashion clothing range with a quirky twist on design, priding itself on affordable prices and quality. French Connection is set out to create well-designed fashionable clothing that appeals to a broader market.

Chanel tops in fashion and accessories along with fragrance, eyewear, fine jewelery and watches. It was founded by Coco Chanel and is one of the most expensive brands in the world.

Alternative Fashion mainly focuses on youth subcultures. It is inspired and admired by the youth. Have a look at some of the alternative fashion styles and respective brands born out of them.

Goth
You can thank the 70’s era for the Goth movement. It rose from the British rock scenes gradually made its way to the US. Gothic clothing is a lacey tale consisting of handkerchief hems, corsets and dark colors.

Urban
Nowadays, the sportswear look added with jewelry is a popular fashion statement. What urban style really is about is sporting everyday items accessible to any urban kid. It is fashion suited to the city life with a little extra bling.

Steampunk
Unlike other styles, steampunk is not just one defined look. It is a depiction of what fashion means to an individual donning the style. It is a mixture of futuristic styles and Victorian elements with some reinvention. It is all about bustle skirts, Victorian corsets and leather.

Alternative fashion brands are hard to keep track of as they are usually very small and are known to have developed from some creatively stylish members of the subcultures. These brands keep low profiles and can only be found by someone who is particularly looking for them. Yet among them, there are some that manage to gain attention.

Banned Clothing comes in almost all clothing styles. It quickly gained popularity because of its youthful and modern designs.

Hello Bunny is the most popular alternate clothing brand. It has a vast range of clothing and attends to the rockabilly and vintage designs of the 50s. Along with this it even covers Lolita, Punk and Indie styles.

Play Clan is an amazing fusion of traditional Indian themes and pop colors. The accessories are amazing and their caftans are straight out of the 70s movie.

Fabindia is a style overflowing with unfamiliar clothing. It brings in the calm of traditional Indian fashion. It boasts of kurtas, dupattas and dhotis. It makes sense in a way a pair of jeans never could. Besides being extremely comfortable they look classy.

Vixxsin is a latest development. It focuses on darker and edgier designs of punk and Goth styles.

Another brand that is a must mention is Khadi. You can feel the revolution on your skin. Started as a small scale clothing production, the Khadi culture has exploded and can be seen around in the nooks and corners of villages. Along with style it evokes the patriot in you.

This trend of changing trends is till date followed by some top notch designers who have scored their names in the fashion industry.

Christian Dior
Born in January 1905, this French designer was well known for his distinctive “New Look” silhouette. First appearing in 1947, his suits and dresses revolutionized the way women donned post the Second World War. Today, the talented designer John Galliano carries on this legendary designer’s legacy in Paris, where he designs dramatic couture ball gowns, chic prêt-a-porter, and luxurious accessories for Dior. Galliano’s talent and his amazing runway shows have ensured that the brand still remains strong and viable in today’s world.

Tom Ford
Tom Ford is grouped among the most famous designers today. His portfolio includes serving as a Creative Director for both Gucci and Yves Saint Laurent. Growing up, he wanted to be an actor. He was born in Texas and even took training to become an actor. But fortunately, fate had other plans for him.

Pierre Cardin
This Italian-born Frenchman is appreciated for his 20th century designs that looked as though they were taken right from the future. As Cardin arose to popularity in the age of the space race, his creations built an air of futurism. His famous bubble dresses had all the feels of science fiction, combining elegance with out-of-this-world colors and avant garde designs.

Miuccia Prada
Miuccia Bianchi Prada was born on May 10, 1949 in Milan, Italy. This Italian fashion designer is best known as the head designer at Prada fashion house. She is lauded for making use of minimalist designs to achieve a traditional style with a modern influence.

With every coming season, fashion trends keep changing. Sometimes it’s all about short skirts while sometimes maxis make a comeback, and as for the jeans, well they never go out of fashion.

“Fashion is in the sky, in the street.
Fashion has to do with ideas, the way we live
And what is happening.”
-Coco Chanel