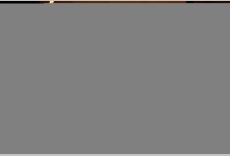 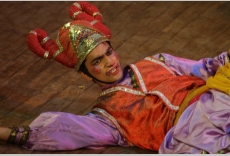 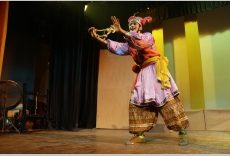 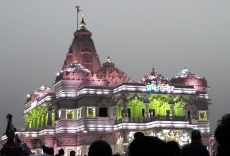 Theatre can be very well traced back to the Greek era that originated 5000 years ago. As the legend goes, in the late sixth century BCE, a man named Thespis came up with the idea of adding speaking actors to the performances of choral song and dance that occurred on various occasions throughout Greece. This is the sole reason why actors are also called thespians. Masked actors performed outdoors before an audience of 12,000 or more at festivals in honor of Dionysus, the god of theatre.

The comedy and tragedy that developed in Athens and flourished in the fifth and fourth centuries BCE have influenced almost the entire Western drama, starting with the Romans. When the Romans conquered Greece they brought back Greek literature to Italy and worked on making it their own. The New Comedy of the 4th century poets like Menander and Diphilus was a fertile material in the hands of the Roman playwrights Plautus and Terence.

The Romans, because of their love of spectacle, soon took over the existing theatres in Greece and began rebuilding them for their own spectacles, which comprised everything from pantomime to mock naval battles. Most of the remains of the theatre of Dionysus which we can see in Athens today date to Roman times and not the fifth century BCE.

Fringe theatre is a form of theatre that is experimental in its style and narrative. One of the highlights of fringe theatre is that it’s pretty frugal in nature in terms of technicalities, production and value. In its earlier days, fringe plays were held in small scale theatres and little rooms above pubs. Often, these plays are also full of edgy and unconventional stories, led by one person and wrapped in a single act. This helps a fringe play stay low cost and have multiple showings in one day.

This is the most interesting and interactive form of theatre there is today. Unlike conventional forms of theatre, where the line of communication is just one way for instance, from performers to audience, in an immersive theatre, the audiences too play an active part in the performance. This kind of play transcends the limitations of venue, narratives and flow of a story. The play may be staged in a dilapidated building. It may be set up as a treasure hunt across town or may even call for the audience from room to room.

Comedy plays could cover various themes comprising satire, malapropisms, black comedy or characterizations. Shakespearean plays explain that if a play has a happy ending then it’s a comedy, but over the years, comedy has come to denote so many other things – one of them being conveying a social message to the audience in a more palatable format.

These plays are based on a historical narrative – they are either an enactment of a historical event or personality, or an adaptation of the same. This genre has been best defined by William Shakespeare’s plays like Julius Caesar and Henry IV.

Solo theatre is led by only one actor. This style of theatre stems from the rich and ancient history of oral storytelling present in almost every culture for a thousand years, where people gather around one person who enacts out the entire story. What makes solo plays interesting is the fact that the actor has to make sure the act does not get monotonous for the audience. He has to keep adding different strokes and shades to his performance.

Puppetry as an art form has its roots in ancient cultures. It is more than 3000 years old. Puppets were used in the theater arts even before the coming of human actors. The earliest puppets originated in Egypt. Here ivory and clay articulated puppets have been discovered in tombs. Puppets are mentioned in writing as early as 422 B.C.E. In ancient Greece, Aristotle and Plato both made reference to puppetry.

Puppeteers come from different backgrounds, for instance, painting, graphics, dance, music, drama and mime. They have a unique vision and various personal perceptions of the world of theater and create their own distinctive styles. Whatever the wellspring of their puppetry, they are in touch with the spirit of their puppet characters and sensitive to their audiences for whom they weave spells and create magic.

The world of magicians has been fascinating for both children and adults all around the world. Illusionism is known to be one of the oldest performing arts in the world and has dazzled the audience through different generations. Whether we talk about the grand illusions of the 19thcentury or the spectacular shows of modern magicians, magic shows have been around since 1845 when Jean Eugene Robert Houdini opened a magic theater in Paris. Considered by many to be the founding father of modern magic, Robert Houdini distinguished himself by the elegance and creativity of his shows and illusions.

Later on, at the beginning of the 20th century, the modern art of magic recorded a new important page in its history, as renowned show-man Harry Houdini created a world-wide phenomenon. His spectacular escapes fascinated millions around the world. A new style of magic was developed and it came to be known as close-up magic. This style used different miniature objects such as coins, scarves, playing cards and ropes. With these items, the magician performed different tricks right in front of the audience, hence taking the illusion’s effect to the next level.

Earlier typical circus was held within a circular showground. Other circuses were performed under a large tent, but in Rome, an open-air stadium served as the arena where an array of public exhibitions took place. Horse races, staged battles, equestrian shows, and chariot competitions unfolded, as spectators cheered and embraced this exhilarating form of entertainment. The first circus established in Rome was called the Circus Maximus, which was situated in a valley between the Palatine and Aventine hills.

Many circus companies, especially in the US, exhibit simultaneously in three or more rings, with the building or tent taking on a rectangular or elliptical shape.

The very first films were called “actuality films” because they captured short snippets of “actual” events, such as a boat pulling up to the dock or workers leaving a factory. So in essence, the first movies ever made were documentaries, also called newsreels. Perhaps the true spirit of the documentary starts with a young poet and film editor named Dziga Vertov. He and his group created a series of educational newsreels called the Kino-Eye meaning cinema truth, during the Russian Revolution. The documentary became a valuable propaganda tool for governments such as Nazi Germany, America and Britain, especially during WWII.

Television became an important outlet for documentary filmmaking, putting more of an emphasis on journalistic and educational programs. Documentaries today are experiencing a boost in popularity with the help of blockbusters such as Fahrenheit 911, SuperSize Me and An Inconvenient Truth.

The history of public speaking dates back thousands of years when ancient civilizations used public speakers to deliver their messages. One of the earliest public speakers was the Old Testament prophet Moses, who had to regularly address multitudes of Hebrew slaves as he led them out of Egypt en route to the Promised Land. Throughout history civilizations have depended on eloquent speakers to inform and uplift audiences for various causes. In fact, some ancient Greek and Roman speeches continue to be read and studied as literature.

“Life is like theatre. But the question is not whether you are in the audience
or on the stage, but rather, are you where you want to be?”
-A.B. Potts